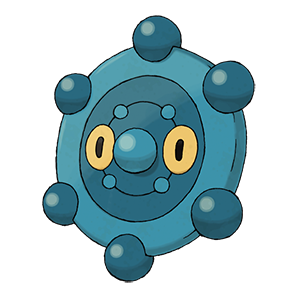 Bronz boasts the weakest special attack with SB, leaving barely anything in the meta that can be 1HKO’d by it, let alone 2HKO’d. On top of that, it has a great supportive move pool thanks to Imprison, which can shut down other slow SB users like Bronzors or Ferroseeds. Imprison can combo with Trick to make Bronzor less vulnerable to incoming Trick users, Sandstorm for supportive chip damage, or Stealth Rock to prevent incoming Dugtrios from setting up. Its only problem is its low speed, making it vulnerable to faster Imprisons, Encores, and trappers, but can be phenomenal with the right support.